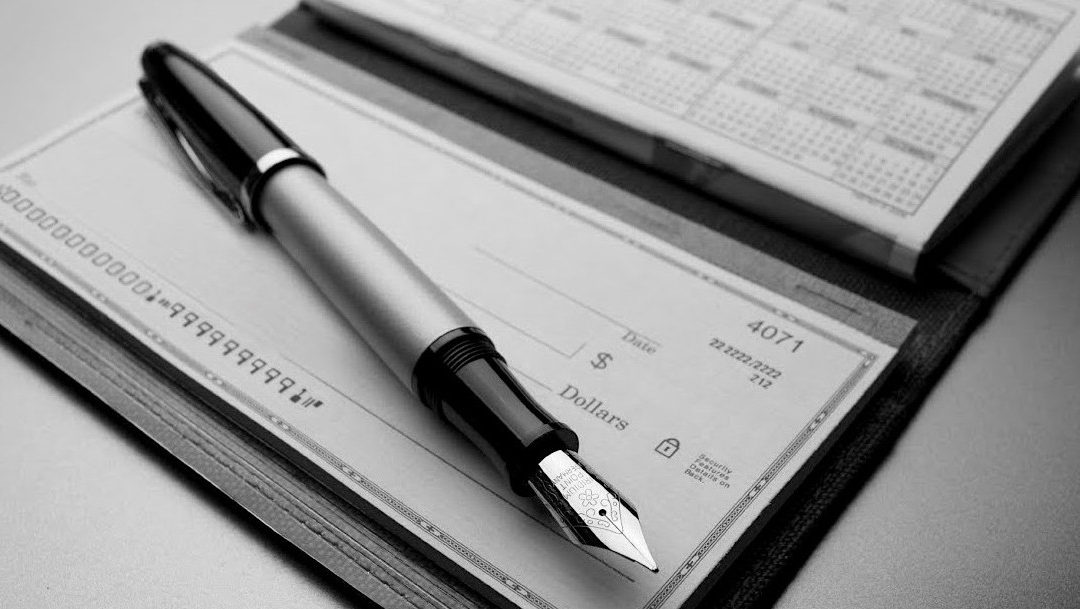 Is Your Business Really Worth What You Think It Is?

For the vast majority of business owners, the answer is “No.” And when they do find out, most find that it’s much less than they thought it was and much less than they need for retirement. So it’s equally important to get the answer to this question: What do I need to do, throughout all areas of my company, to increase its value? We can now answer that for you in about 15-minutes. 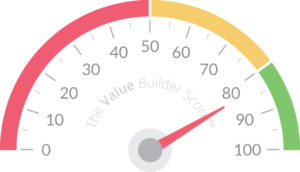 Value is an excellent indicator of business and brand health. When companies and brands are built from the inside-out by improving people, processes and brand experience at all levels, profits grow while marketing costs shrink. This obviously pays immediate dividends to owners but also protects owners, their families and employees in the tragic event of either death or disability. There are thousands of examples of companies forced out of business with the loss of all jobs and millions of dollars of asset value. It doesn’t have to happen.

We are one of a handful of organizations worldwide, certified and licensed to use the Value Builder System. What does this mean? It means one more piece of proprietary technology and process that we are able to deploy, in addition to our own proven marketing, and HR systems, to help our clients achieve unprecedented results.

The average Value Builder engagement results in a business value increase of 71%. 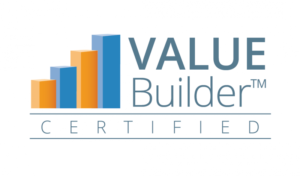 It starts with a simple 10-15 minute survey to determine where you are today. (And then the real fun begins.)

Jerry Seinfeld: “I love advertising because I love lying.”

I remember the moment like it was yesterday. I know it wasn’t yesterday though because I was chatting with my best friend Joe on a cellphone that was screwed into the console of my 1990 Hyundai Sonata. “So,” he began innocently enough, “how does it feel to have spent yet another day convincing people to buy things they don’t really need?”

Instinctively, I laughed it off and proceeded to parade a brilliant montage of our clients’ various product and service benefits and how peoples’ lives were made better by their purchase and use. In fact, had I been recorded, I might have won a CLIO. And yet, I also remember a second intuitive reaction. On some level, I knew Joe was right.

Time passed and the days, weeks and months became years. We grew as a company and became well known as the “go to” ad agency for dramatic results even on tiny budgets. And indeed, our clients have grown by tens of millions of dollars. Small, local companies have become regional and national leaders. And yet every time I’d get a call from a client excited about another record month, Joe’s comment was ever lingering not too far away like an old friend standing off in the shadows.

I’m happy to say, the shadows have finally disappeared. And while Joe was right, I was not wrong. We were and still are VERY good at generating sales and growth for our clients using the typical marketing and sales model to generate interest and consumer action. The problem is with the model. A lot of people buy things they don’t really need because most companies are managed and “branded” to help them do just that. A company with a warehouse full of nails is more interested in ways to sell more nails than they are in inventing the screw. And so ad agencies are hired to help them spin their nails to make them seem different than everyone else’s nails. Eventually, someone invents the screw and when they do, no amount of advertising can make nails exciting and the screw maker enjoys a monopoly along with the rapid growth and profit that comes with it. If you need a different example, replace nail with cellphone and screw with iPhone.

Our marketing model doesn’t “rebrand” companies. It re-aligns them. Instead of superficial differentiating from the outside-in, we create real difference and real competitive advantage from the inside-out. We assess company purpose, personalities, capabilities, culture, processes and customer experience. All of this is done within the context of the legacy that ownership wants to leave as well as the final paycheck ownership wants when the time comes to exit. The usual marketing model grows sales but does little for the sale price of the business. Ours grows sales while increasing the sale value of the business an average of 71%!

By helping realign the DNA of an organization, we are able to create compelling attractors who need neither clever advertising, deep discounts nor hard-charging sales people to sell product. That’s right, an UN-agency creates companies whose growth is not dependent on how clever the ads are or how much money is spent in media.

So… No longer must companies resort to exaggeration, obfuscation and yes, lying, to coerce people into doing business with them. No longer must companies retain ad agencies who are more interested in winning creative awards than selling product and whose media buyers are entry-level staffers who rely on personal perks from media vendors and quid pro quo relationships as much as they do their paycheck. Say goodbye to “branding exercises” that merely regurgitate sameness in a different color. Say goodbye to the old model that frankly has been held together with duct tape ever since the giant TV audiences of the 50s and 60s began to fragment. The marketing driver’s seat has returned to its rightful home, the consumer. So say goodbye to the days when long-term profits come from convincing those consumers to buy things they don’t really need.

It’s time for American companies (and our industry for that matter) to return to genuine, honest, profit-building innovation. It’s time for profit with purpose.