An Uber Driver, Not An Uber Logo Saved Me In Vegas 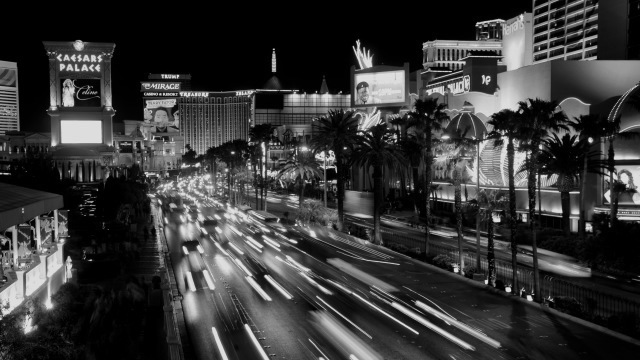 From blog posts to websites to radio interviews to speaking multiple times before hundreds of gathered business executives, I’ve consistently preached that “branding” as defined by the ad industry, is not a real word and that a “brand” is not something that an ad agency or a graphic designer can create for you. Brand is the experience – anticipated, delivered and remembered – that a customer receives from your business. Your brand exists in their mind and it is primarily a product of what I call the New 5P’s: your purpose, people, process, product and position.

I was recently at a conference in Las Vegas. Few places in the world showcase both sets of P’s better than Las Vegas. (The traditional set of 4 of course, is Price, Product, Place, Promotion.) The conference was great but it was the experience outside of the conference that was noteworthy from a brand perspective.

The conference was at Caesars Palace, one of the most famous, premier resorts in Las Vegas. With 4,000 rooms and a recent billion dollar expansion (yes, billion with a B) they spend millions annually to attract high-rollers and conferences. As this was my first stay on “the strip” I was looking forward to an incredible experience.

Upon arrival I was pointed to a check-in kiosk. There was no friendly “Welcome to Caesars Palace” presented by a smiling bell hop. Just some overworked and likely underpaid guy pointing to people like me lugging luggage and looking lost. Once I pressed a bunch of buttons and swiped credit cards and ID, the kiosk printed keys and directions to my room, approximately 20 miles away on the other side of the casino.

I eventually navigated my way to my “Forum Suite.” It looked like a pretty typical hotel room. Looking around, I noticed that the drapes were partially off the hooks and just hanging loosely like someone had started removing them and stopped. I then saw buttons on the wall for opening and closing the drapes electronically. They did not work. I looked for a clock. Finding one on the nightstand I learned that apparently Caesars has its own time zone that is 45 minutes behind the rest of Las Vegas. Unpacking toiletries in the bathroom I noticed a lighted mirror. It did not work. There was a cool tv screen insert in the main mirror. It did not work. And the stopper in the sink was stuck. I was excited to see a Keurig machine. Upon finding what appeared to be one or two K-Cups in a beautifully “branded” Caesars package I noticed the price list next to them. “Keurig Service – $16.” There was also a $25 one-time service charge for using anything from the in-room snack bar. And just like that, Starbucks became a low-price coffee alternative.

When I checked in, I noticed that my room rate on the night after the conference had shot up to 2.5 times the conference rate. So I confirmed with the front desk that as long as I checked out by check out time on the last day, I would not be charged. So I rebooked an earlier flight on Southwest (no change fees but a higher fare albeit not as high as the room rate) and left immediately after the conference. The next day I noticed a pending charge on my credit card nearly 3x what my receipt said.

So while Caesars and their ad agencies spend millions and millions to create a brand image, in my mind (aka my reality) the Caesars brand is my experience above.

Super Shuttle is primarily an airport shuttle service with which I have had success in the past. They’re those blue vans with yellow lettering that you see around town. They’re a convenient, inexpensive alternative if you are not on a tight timeframe and don’t mind sharing a van with a few other people who might be going to a couple of different nearby locations.

I booked a round trip online and took the shuttle without incident to Caesars. The return trip was a little more adventurous. The conference was scheduled to end around 4pm. My shuttle was scheduled to arrive between 4:15 and 4:30. The last session was running a little long but I received an alert from Super Shuttle saying ETA was 4:28 so all good. I then received an alert at 4:05 saying it would be there at 4:15. I grabbed my stuff and slipped out the back door and hurried across the conference center, through the casino and out the front door. I was at the pick-up spot gasping for air at 4:11. I looked at my app and the time had been updated to 4:31. It would later update to 4:40. One of the features of the app is the ability to watch your shuttle via GPS on a map getting closer. It appeared to be only a block away. I then watched it cruise by Caesars on the map. I spun around and watched it go by on Las Vegas Blvd. As I was standing at the pick-up spot becoming rather miffed about missing the closing moments of the conference for no apparent reason and wondering why the van didn’t stop, I receive an alert at 4:32 saying that my driver (Jill) and van 623 were outside waiting for me. The map showed her two hotels away. I refreshed the app and my reservation was gone. I texted the driver and received no response.

Super Shuttle also spends millions on “branding.” None of that was helping me get to the airport on time. Nor will it in the future. Enter Uber.

I opened my Uber app at 4:40. I was in the back of a Toyota Camry at 4:43. My driver Yoku, passed Super Shuttle #623 as we were pulling into the airport. She passed the Southwest bag check as I had only a carry-on and dropped me off at the door to the Southwest security screening. She then wished me a pleasant flight and gave me a piece of candy.

I like the Uber logo. It’s subtle and recognizable. But in my mind, the Uber brand is an app that is fast and easy and a cheery driver named Yoku whose Toyota Camry got me to the airport in time when I really needed help.

All of these brand experiences involved anticipation, delivery and memory. No matter how much you spend to build up anticipation, it can be rendered worthless by failure in delivery. And with social media and online reviews, such a failure can become a brand disaster. Just ask United Airlines.

The old adage that first impressions are lasting ones does not apply here. It’s the last impression, the memory set, that determines whether or not that customer for whom you paid so much, decides to return. And a new logo or rebrand is not going to make any difference.